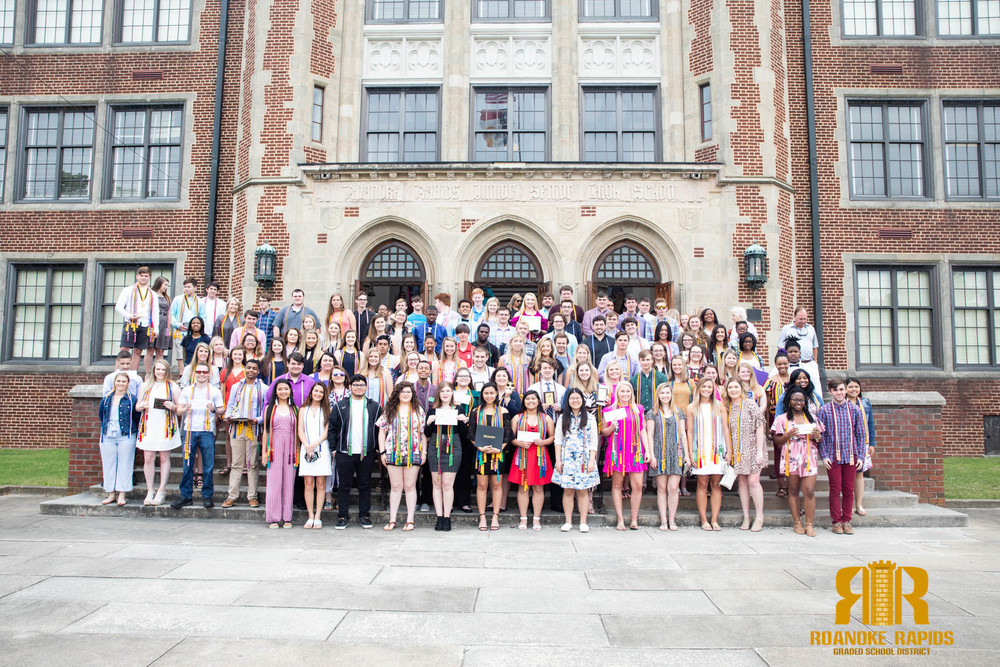 $4.1 Million Awarded in Scholarships to RRHS Class of 2019

Students received scholarships to attend various universities across the county including local scholarships that will help them further their education beyond high school.

Cody Liverman received the Rightmyer Award given by the family of Fran Rightmyer, III to the senior male with the highest scholastic average in grades 9-12.

Principal Jeff White also handed out what he described as the most prestigious awards Roanoke Rapids High School can bestow on a senior.

The RRHS School Service Award was given to Alexis Pearcey in recognition of exceptional ability and initiative toward serving the entire school in various capacities.  School Resource Officer Rex Stainback praised Pearcey’s volunteerism at the school.  “She’s done it all here.  She’s stayed after events to clean up, helped with our exceptional children’s program, and worked the concession stand at sports events her entire high school career.  She’s a true servant.”  Stainback himself received the same award 45 years ago when he gradated from RRHS.

Other recognitions included Cody Liverman as this year’s Valedictorian and Braxton Coggins, Salutatorian. 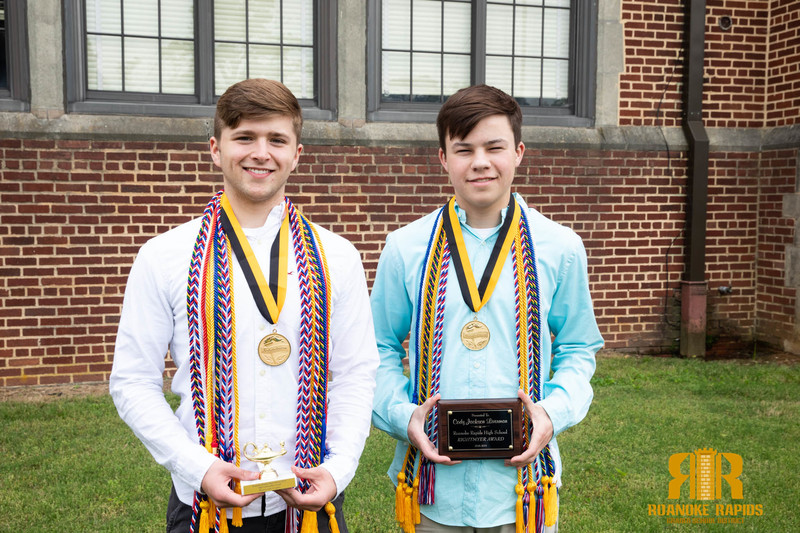