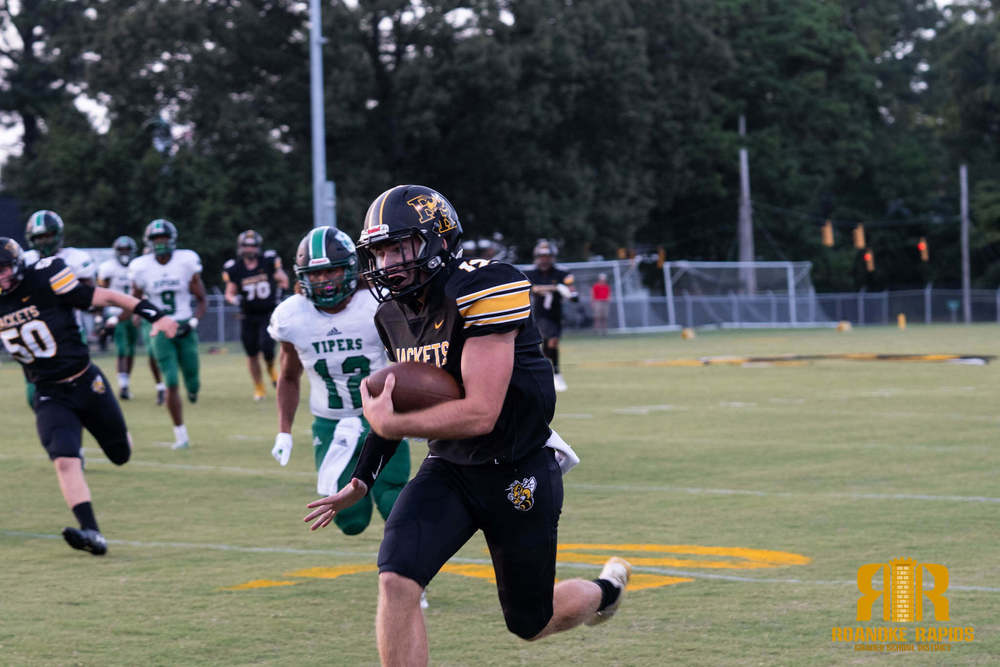 Rushed for 899 yards on 120 carries … booked two 100-yard rushing games … scored nine times on the ground … caught 16 passes for 216 yards and a score, in addition to averaging 27.4 yards per kickoff return … defensively, played all over the field, making 42 solo tackles and assisting on 23 others … recovered a pair of fumbles and made one interception.

Rumbled for two touchdowns in goal-line packages this season … made a lasting mark on defense, logging 68 solo tackles and assisting on 47 others … recorded one tackle for loss … collected a sack to pair with one interception and one fumble recovery.

Completed 37 of 67 passes for 424 yards and two touchdowns this season … ran the luggage 48 times for 171 yards and three scores ... on the defensive front, registered 88 solo tackles and 39 assists … made two tackles for loss to go with one sack and two hurries … also made one interception and recovered two fumbles.

The team’s best vertical threat, bar none … caught 21 passes for 246 yards and a pair of touchdowns … averaged 26.7 yards per kickoff return and 38 per punt return … defensively, made 29 solo tackles and assisted on 15 others … recovered one fumble.

Rushed for 1,066 yards on 150 carries … tallied five 100-yard rushing games … scored 14 touchdowns on the ground … caught 13 passes for 241 yards and one touchdown … defensively, made 39 solo tackles and logged 26 assists … booked a sack and six hurries … recovered two fumbles and caused four others.

Multi-sport standout gave the black-and-gold a specialized advantage this season, making 29 of 32 point-after attempts and 6 of 9 field goals … sailed 15 kickoffs for touchbacks and landed three punts inside the opponent’s 20-yard line ... an honorable mention selection.

Flew around the Jackets’ second level this fall, recording 33 solo tackles and assisting on 31 others … also played well in coverage, defensing five passes and snaring two picks … tallied 16 takedowns during a Week 2 showdown with Vance County ... an honorable mention selection.

Played in 11 of 12 games this season, making one touchdown grab … defensively, filed 40 solo tackles and assisted on 31 others … averaged 7.75 tackles per outing over the last month of the slate, including a season-high 12 against Nash Central ... an honorable mention selection.