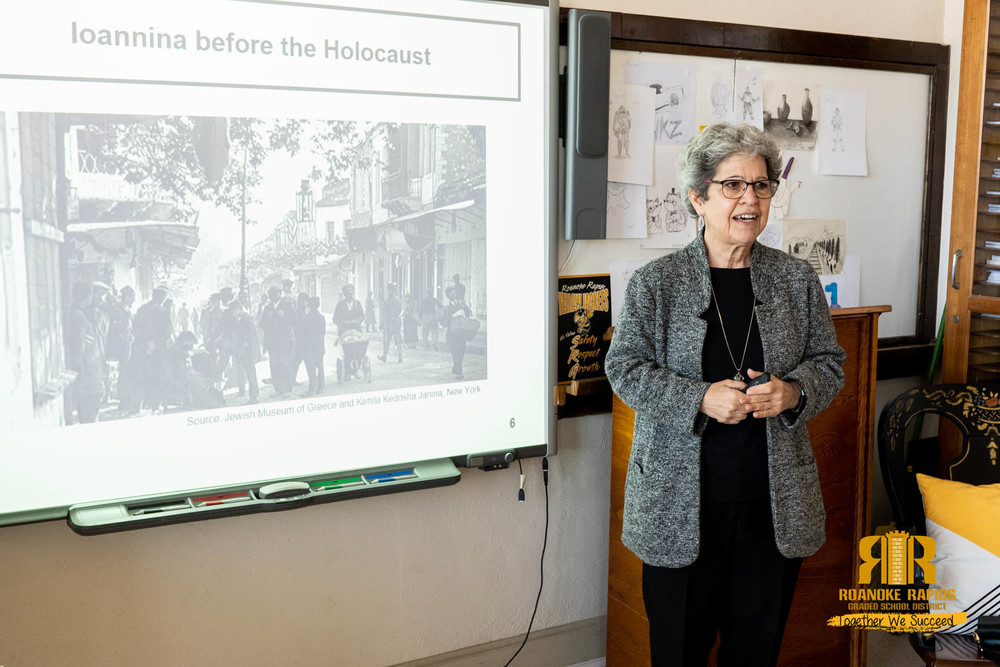 Bonnie Hauser, the daughter of Rebecca Hauser, a Holocaust survivor from Ioannina, Greece spoke to 10th graders today in Molly Wallace’s English class.  Students have been studying the book Night by Elie Wiesel which is an autobiographical account of Wiesel’s survival as a teenager in the Nazi death camps.

In 1944, Rebecca and her family and the entire Jewish community of Ioannina were deported to Auschwitz.  She was later transferred to the Bergen-Belsen concentration camp complex. As Allied and Soviet forces advanced into Germany in late 1944 and early 1945, Bergen-Belsen became a collection camp for thousands of Jewish prisoners evacuated from camps closer to the front. The arrival of thousands of new prisoners, many of them survivors of forced evacuations on foot, overwhelmed the meager resources of the camp. In April, 1945 British forces liberated the camp. Rebecca is the only survivor from her family.

During the years of jointly presenting with her mother, Bonnie compiled photos and other materials that capture her mother’s gripping story of survival.  Since Rebecca retired from speaking in 2014, Bonnie has continued to share Rebecca’s story with groups.

“I was moved by her talk.  I could not have imagined going through that,” said Molly Ward, RRHS 10th Grader. 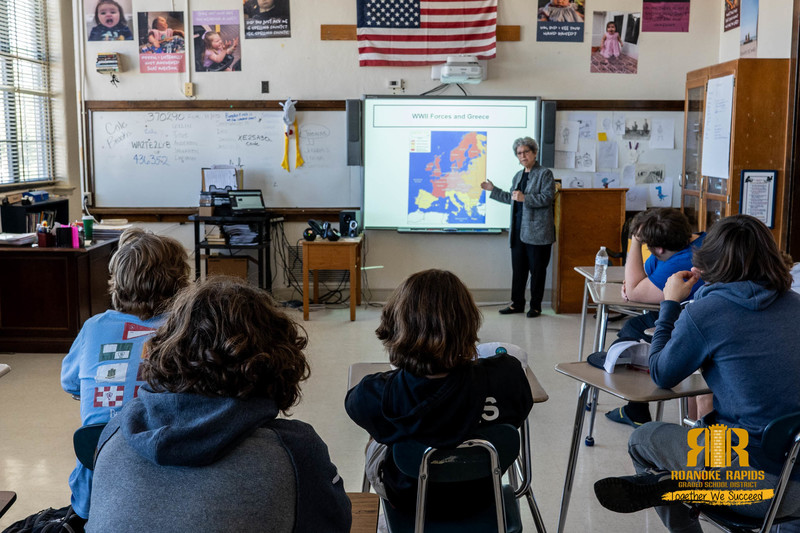 Rebecca became known through her work with the Chapel Hill-Durham Holocaust Speakers Bureau.  Over the years, she shared her personal experience with thousands of students, teachers and parents.  Amidst the horrors of the Holocaust, she reminded young people to love America, focus on the positives, and to take responsibility for creating a more just world.  She died in 2018 at the age of 95.

“I too enjoyed hearing her stories.  I feel like something like this could easily happen again if we are not educated, aware, and pledge to protect each other from the hate of others,” said Dakarai Tyson, RRHS student.