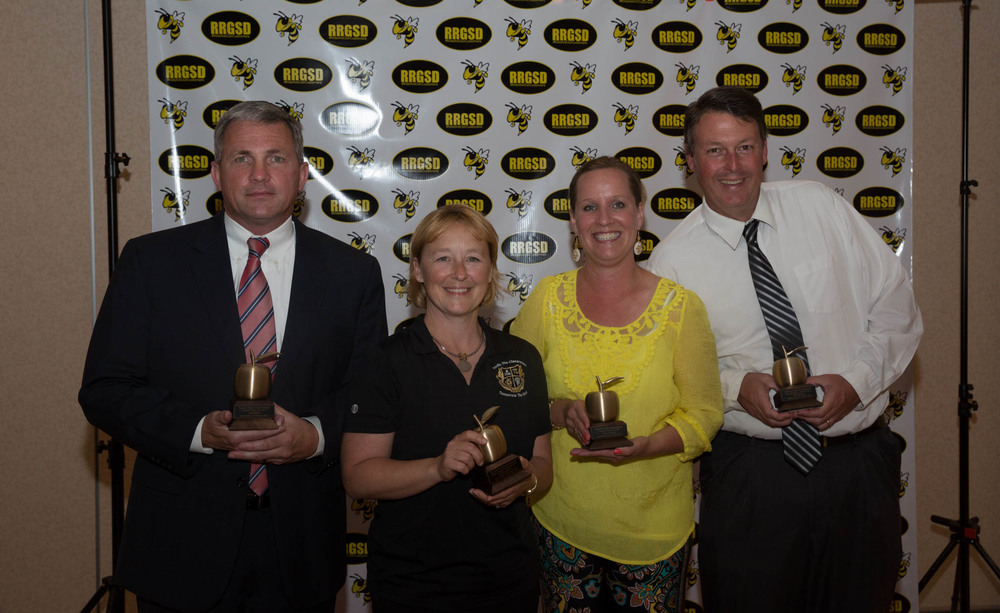 “We wanted a night set aside to honor the excellent work that goes on in our classrooms throughout the school year,” said Dr. Dain Butler Superintendent.

Finalist were interviewed by a selection committee where they were given the opportunity to present an innovative/creative program and or project implemented this year in their schools.  This year’s Assistant Principal of the Year winner was Tad Merritt.

Six people were nominated for the Support Person of the Year:

The 2017-2018 Principal of the Year, Jeff White will go on to represent RRGSD at the regional level.  White thanked the district for honoring him and also thanked fellow nominee Mike Ferguson for his many years of service to the district.  Ferguson announced his retirement earlier this month.  “There are no runners-up.  I’m honored to be in the company of such great educators who work tirelessly for the children of this community,” said White.

Last year’s Teacher Ambassador, Jeanne Johnson introduced the 2017-2018 Teacher of the Year nominees by saying, “these five finalist are outstanding teachers and are only a small selection of the dedicated and hard working teachers we have here in our district.  The children of our community are truly blessed to have such an amazing group of teaching professionals waiting to serve them daily in our classrooms across the district.”

The nominees for Teacher of the Year included:

Mary Durham, 3rd Grade Teacher at Belmont Elementary was named the district’s Teacher Ambassador.  She will go on to represent Roanoke Rapids Graded Schools at the regional level.  Durham who comes from a family of educators said, “I’m so honored to represent this school district.  I struggled as a young reader and that has been my mission as a teacher to give my students the same support I had as a child.

Durham received hundreds of dollars in prizes and gift cards from local businesses and a golden apple trophy to display in her classroom.

“My students keep asking if we won…if we won.  I can’t wait to tell them!”