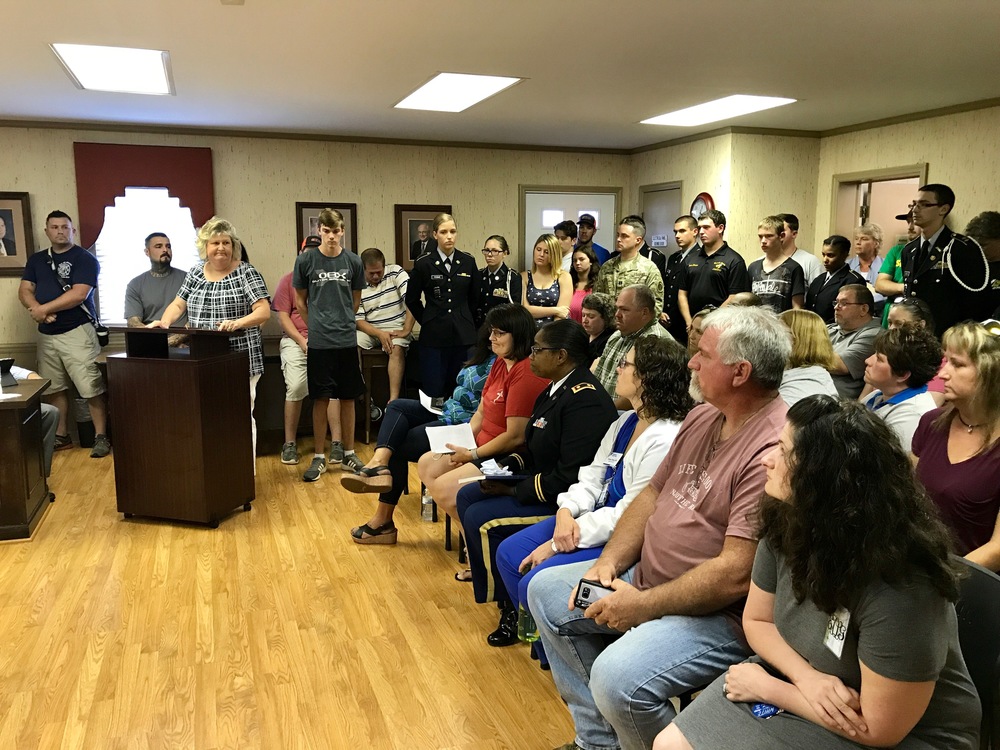 One of the Roanoke Rapids Graded School District’s buildings is getting a new name and a new purpose.  Akers School has been renamed Akers Center for Educational Success (ACES).  The K-12 school is for students who need special academic and behavioral attention.  It’s also designed to help students who may need a smaller school environment to thrive personally and academically.  The Roanoke Rapids Graded School District Board of Trustees got an update on the program at its meeting Tuesday night.

Director Tad Merritt told the board, “I’m excited about what we have planned this year.  We’re going to offer innovative, non-traditional approaches to teaching this population of learners, which aides in preventing these students from becoming dropouts.”

Trustees also took another step forward in opening an Early College in the Fall of 2018 at the former Armory building adjacent to Roanoke Rapids High School.  The board agreed to develop a memorandum of understanding with Halifax Community College which will allow students to earn an associate’s degree and/or 2 years worth of college credit for free.  RREC students will receive college level instruction in the renovated Armory while still benefitting from the amenities and opportunities offered on the main high school campus.

The local community will also have access to evening classes in the Armory that will offer continuing education and certification coursework through HCC.

Two of the JROTC classrooms currently housed in the Armory will be moved this school year to the Talley Building on the high school campus so renovations can begin.  Several dozen parents and students attended Tuesday night’s board meeting fearing changes to the program.

“We’re concerned this move will disrupt the program.  JROTC is more than a class or program.  These Cadets are family,” said Michelle Rogers, RRGSD Parent.

Cadet William Carter echoed those concerns.  “I feel like the JROTC program could be threatened by this move.”

Superintendent Dain Butler assured parents the program is just moving for classroom instruction.  They will continue to use the Armory for drills and storage.

“We’re not getting rid of JROTC.  We’re just changing where the classroom instruction will take place,” said Dain Butler, Superintendent.  “We believe strongly is this program and want this valuable program to continue.”

The district was faced with several options including building a new facility for the Early College.

After nearly a year of planning, renovating the Armory became the only viable option.

“We were $300,000 over budget for a shell building after the bidding process.  We had to decide to either raise our taxes, which we don’t want to do, or look at our resources to create the best opportunity for all students and thats what we’ve done,” said Cathy Keeter, Trustee.

In other action, the Board approved the furniture contract for the new Manning Elementary, opening in January.  The district’s maintenance department also plans to utilize all serviceable furniture, air conditioning units, and other equipment in the current school at other schools in the district once the Manning move is completed.

“We’re going to use everything we can.  We’re good stewards with the resources taxpayers provide,” said Robbie Clements, Maintenance Director.