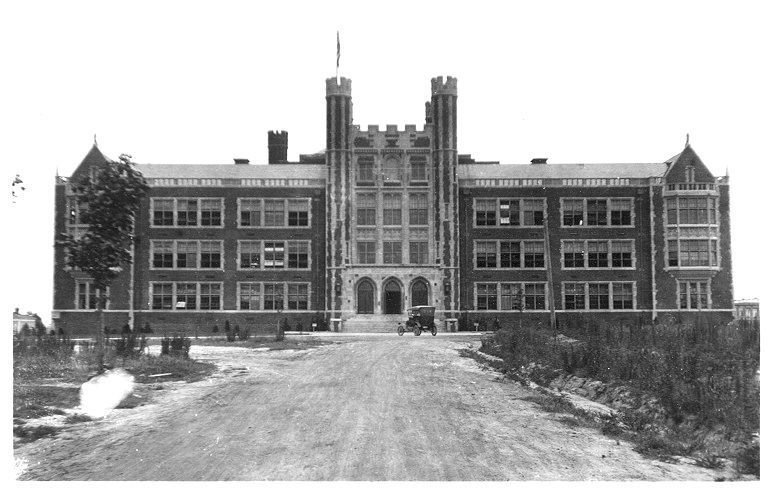 Saturday’s festivities include a parade, food vendors, tours of the school, and the opening of the school’s cornerstone which contains a time capsule that was left by those who built the school.

Back in 1920 as the RRHS Junior-Senior Building was being built, the cornerstone was laid with full Masonic honors by Dr. James C, Braswell, Grand Master of the North Carolina Grand Lodge of Masons. Mr. Hobart Upjohn, of New York City, the Architect, was a speaker at the ceremony.

“We want to recreate much of what was done the day the cornerstone was laid.  According to our records, it was a grand occasion for 1920 where all the  townspeople gathered in celebration of this fine building in their town,” said Rex Stainback, Alumni Board Member.

Masons have laid cornerstones in public buildings, schools and churches throughout U.S. history. Similar ceremonies were held for buildings such as the U.S. Capitol, Washington Monument, White House and the Lincoln Memorial.

“We are so fortunate to have a building with so much history right here in the heart of Roanoke Rapids.  Many people graduated from this school and went on to do great things not only in this community but around the world,” said Cindy Boone, Alumni Board Member.

Other events are also being planned for the weekend that will be announced this summer.  The event was originally scheduled for the last weekend in September but was rescheduled  this week to coincide with both homecoming and the availability of the Masons to participate in the opening of the cornerstone and time capsule unveiling ceremony.

“We really wanted our entire student body to be part of this event.  Moving the date around homecoming will allow us to have a week-long celebration with them and allow our alumni to return on the weekend for the public events,” said Jeff White RRHS Principal.

Planning on the part of the District, the Alumni Association, and community organizations like the Halifax County Convention and Visitors Bureau and the City of Roanoke Rapids will be happening in the coming weeks and months to make this a spectacular event.