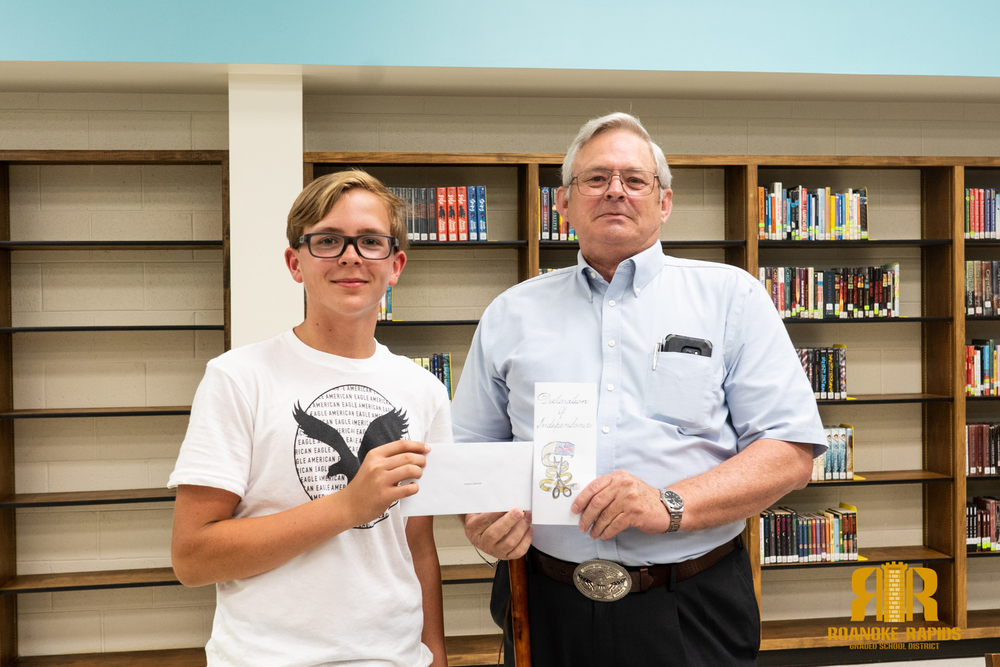 Chaloner eighth grader Connor Johnson took home top honors today in the Sons of the American Revolution Brochure contest.  His work on the Declaration of Independence will now be entered into the national competition representing North Carolina.

This year Chaloner eighth graders participated in the Sons of the American Revolution Brochure Contest with the topic being, "Founding Documents" (Declaration of Independence, Constitution, etc.). 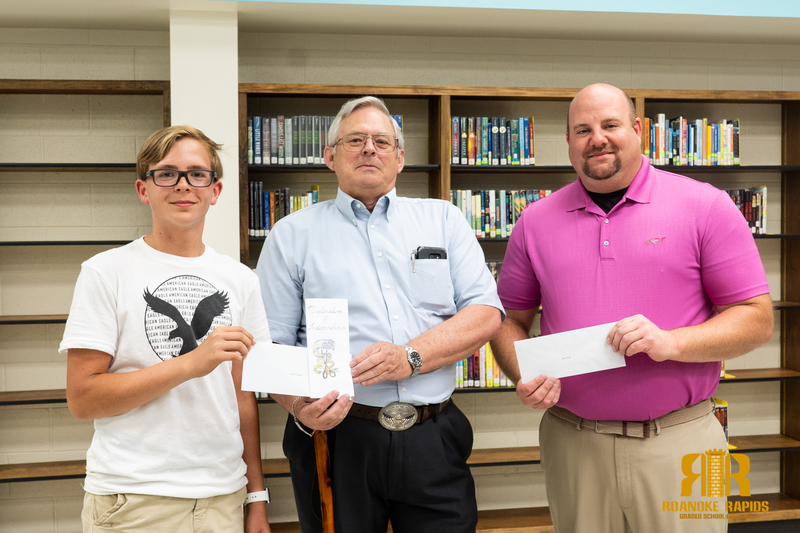 Johnson received a cash award for winning at the state level from the N.C. Sons of the American Revolution Halifax Resolves Chapter.   Chaloner History teacher James Rook also received a check for having the winning student in his class.  Connor is the son of Allen and Christy Johnson.